MUSCATINE — The number of households struggling to meet basic needs has increased, according to a recent report from United Way.

The reported portion of households across the state that are unable to afford basic needs is 37 percent and the report reveals that it’s a multi-faceted issue, affecting all types of households.  Click here to read more. 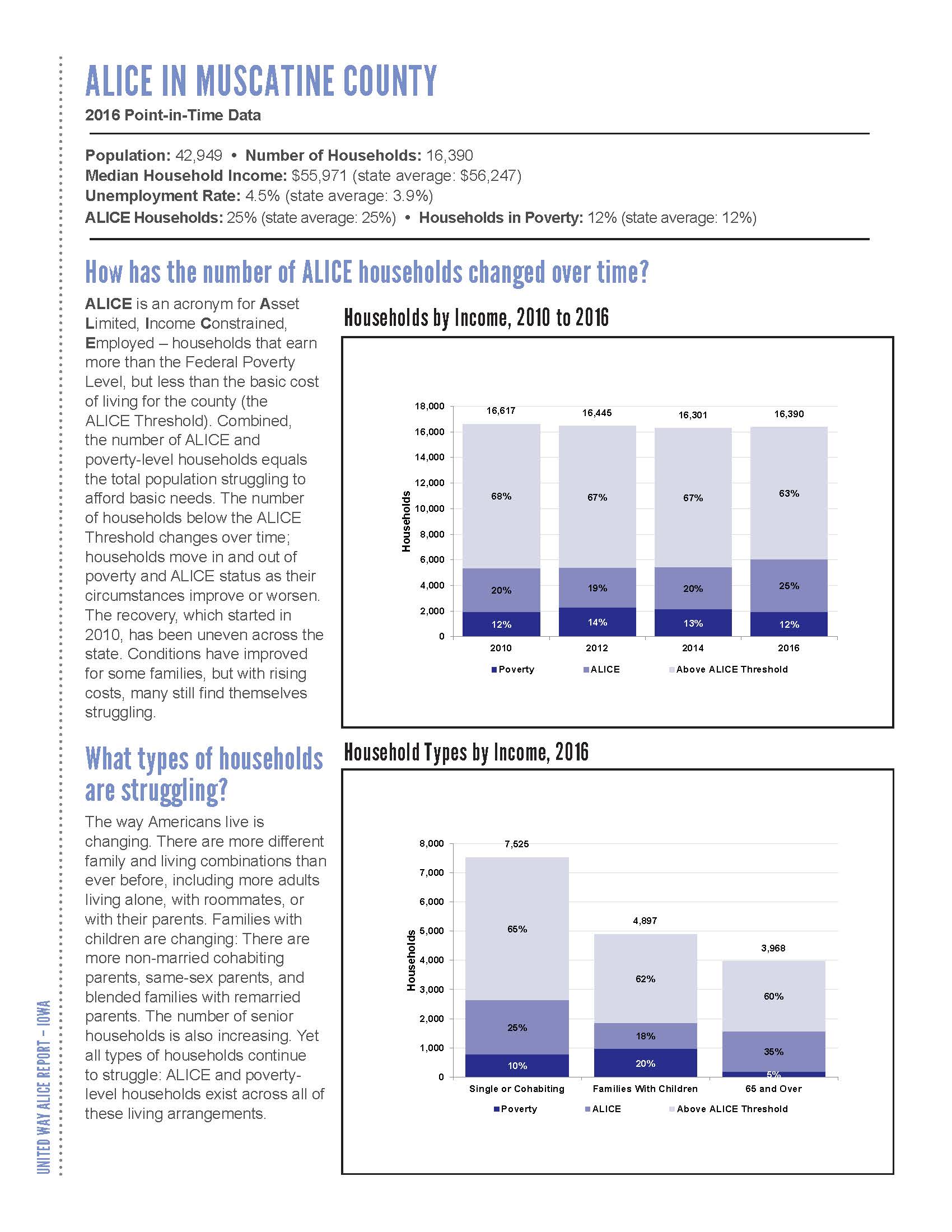 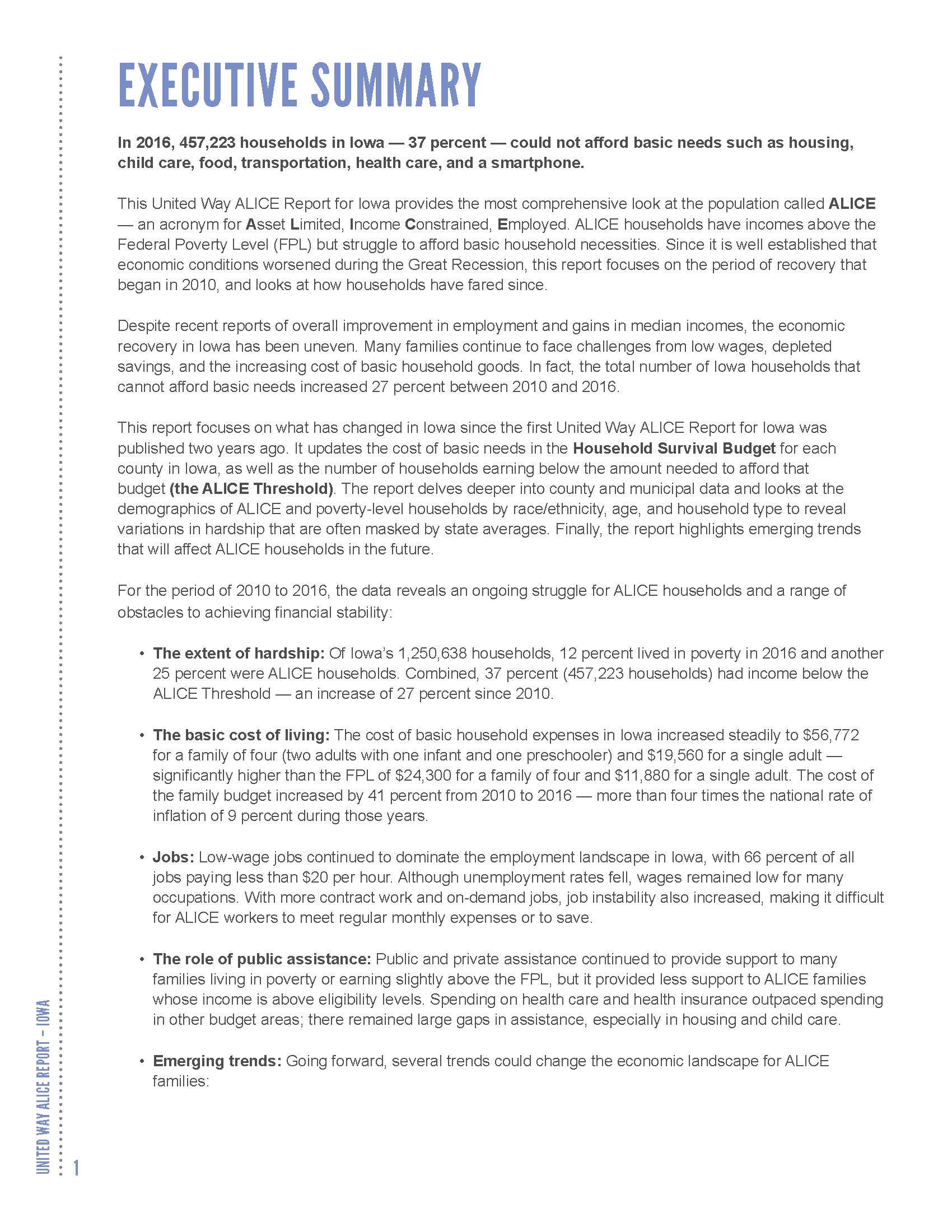 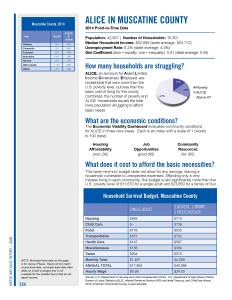 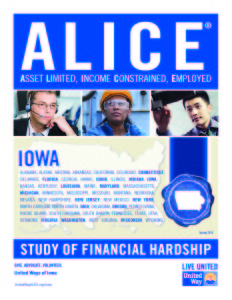 More than a third of Iowans across 457,223 households can’t afford basic expenses like housing and transportation, according to a new report from the United Way. In spite of economic recoveries since the Great Recession, many Iowans’ wages aren’t keeping up with the cost of living.

Michelle Sonderleiter is a single mom trying to support her five daughters age three to 18 on $12.00 an hour. She typically works 40 hours a week at a hotel in Des Moines, sometimes fewer hours if business is slow. Even working a full-time job, there’s not much left at the end of the month, she said.  To read more, click here.